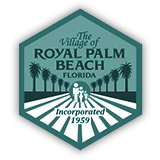 Courtney has been coaching with the RPB Stirkers for the past 4 years and also played for the Strikers program for 6 years. He played college soccer at Ancilla College for two years where he was both a captain and starting Center Back. He finished his college career at Defiance College where he was also named captain and played as starting right back. After playing, Courtney's passion led him straight into coaching.